The Guardian reported on the rising rate of murder of LGBT people in Brazil, a 30 percent increase from 2016-2017. The article quoted Luiz Mott, an anthropologist and president of Grupo Gay de Bahia. He said the increased violence owed much to the prominence of ultraconservative politicians, many of whom are linked to the country’s powerful evangelical caucus in congress: “It’s a discourse that destroys solidarity and equates LGBT people to animals.” 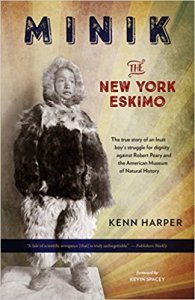 The New Yorker carried an extensive piece about colonialism, genocide, and the roots of anthropology. [The following draws from the article]: In the first genocide of the twentieth century, German colonists in southern Africa pushed Herero people into the desert and forced others into concentration camps. Sixty-five thousand Herero died. Similar tactics killed ten thousand Nama people. In 1906, Felix von Luschan, an Austrian-born anthropologist, sent letters to colonial officers asking that they gather bones and ship them to him in Berlin, for research. Earlier, when the American Museum of Natural History in New York City was founded in 1869, anthropologists were circling the globe, buying bones from dealers, and digging up graves in the name of science. Many anthropologists sought to differentiate races by physical characteristics, such as skull size. Franz Boas, often called the father of modern anthropology, rejected the supposed hierarchy of races, arguing that human behavior varied independently of so-defined racial characteristics. Yet, when Boas worked as a curator and then head of the anthropology department at the A.M.N.H., he asked an explorer to bring living Eskimos to New York for research, then had their bodies dissected and studied when they died. Now, more than one hundred years later, descendant communities around the world are seeking repatriation from museums of skeletal remains of their ancestors.

Anthropologist Gerald Berreman would say yes. The Conversation published an article by Subramanian Shankar, professor of English at the University of Hawaii, on categories of social inequality: “In the United States, inequality tends to be framed as an issue of either class, race or both…As an India-born novelist and scholar who teaches in the United States, I have come to see America’s stratified society through a different lens: caste. Many Americans would be appalled to think that anything like caste could exist in a country allegedly founded on life, liberty and the pursuit of happiness. After all, India’s atrocious caste system determines social status by birth, compels marriage within a community and restricts job opportunity. But is the U.S. really so different? …This notion is not unprecedented. In the mid-20th century, the American anthropologist Gerald Berreman returned home from fieldwork in India as the civil rights movement was getting underway. His 1960 essay, ‘Caste in India and the United States,’ concluded that towns in the Jim Crow South bore enough similarity to the North Indian villages he had studied to consider that they had a caste society.”

An article in The New York Times discussed how Jim Yong Kim — medical doctor, medical anthropologist, former university head, and now president of the World Bank — is cozying up to Wall Street, that is, big business. Kim says that the world of high finance is “some of the coolest stuff I have ever looked at.” In December, at an environmental summit in Paris, he used the phrase “deals on the table” seven times in an eight-minute speech. During the address he promoted four World Bank projects that would use private-sector capital. [Blogger’s note: this approach is not all that new to the World Bank. It is, after all,   a *bank* not a humanitarian organization.]

is music a universal language?

The New York Times reported on findings from research by cognitive psychologists at Harvard University who are attempting to see if lullabies, dance songs, healing songs, and love songs contain features that make them recognizable across cultures. The researchers collected a sample of 118 such songs from 86 “traditional” societies and played short excerpts to 750 internet users in 60 countries. Most listeners correctly identified lullabies and dances, and so the researchers argue that these types of music are universal. The article includes responses from ethnomusicologists.  The research “is based on all kinds of presumptions” that ethnomusicologists would disagree with, said Matt Sakakeeny, associate professor of music at Tulane University who studies music, race and power. In his view, you cannot remove songs from their social, political, and cultural contexts. Anne Rasmussen, professor ethnomusicology at the College of William and Mary, agreed: “…while music is universal, its meaning is not.” In the 1960s, Alan Lomax, renowned ethnomusicologist and collector of folk music, invented a system called Cantometrics to classify several thousand songs in the hope of spotting patterns. He believed that “as people live so do they sing” — a social constructivist view emphasizing context and variation versus universals.

Yahoo, The New York Times, and other media reported on the discovery of a fossilized human jawbone in a cave in Israel that they said is between 177,000 and 194,000 years old. If confirmed, this fossil pushes back by about 50,000 years the time that Homo sapiens left Africa. Findings about the upper jawbone are published in the journal Science. According to Yahoo, the discovery supports the idea that humans migrated out of Africa through a northern route, the Nile valley and the eastern Mediterranean coast, and not a southern route across the Bab al-Mandeb strait, the southern coast of Saudi Arabia, the Indian subcontinent and East Asia, said Tel Aviv University paleoanthropologist Israel Hershkovitz, who led the study. “This is an exciting discovery that confirms other suggestions of an earlier migration out of Africa,” added paleoanthropologist Rolf Quam of Binghamton University in New York, a co-author of the paper: “Now we finally have fossil evidence of this migration, in addition to inferences drawn from ancient DNA studies and archaeological sites…” The New York Times quoted John Hawks, a paleoanthropologist at the University of Wisconsin Madison, who was not involved in the study: “This would be the earliest modern human anyone has found outside of Africa, ever.” Julia Galway-Witham, research assistant at the Natural History Museum in London, who wrote an accompanying perspective article with Christopher String, said: “What I was surprised by was how well this new discovery fits into the new picture that’s emerging of the evolution of Homo sapiens.” Researchers have advised caution in interpreting the discovery because, although this ancient person may have shared some anatomical characteristics with present-day people, he or she would have probably looked much different from anyone living in the world today. “Early modern humans in many respects were not so modern,” said Jean–Jacques Hublin, director of the department of human evolution at the Max Planck Institute for Evolutionary Anthropology in Germany. Hublin said that by concluding the jawbone came from a “modern human,” the authors were simply saying that the ancient person was morphologically more closely related to us than to Neanderthals. That does not mean that this person contributed to the DNA of anyone living today, he added. It is possible that the jawbone belonged to a previously unknown population of Homo sapiens that departed Africa and then died off.