On January 20th 2017, Donald J. Trump became the 45th President of the United States. This was a historic moment for the U.S. in many different ways and depending on your political views you can judge the context around this inauguration, and the 2016 election as a whole, for yourself. But I am not here to do that. What I am here to do is to talk about what I observed on that fateful day. First, however, I would like to tell you a little bit about my background to illuminate the position which I was observing this event from.

I am a South Korean national who came to the United States to attend college in 2008, and I have alternated living in the U.S. and Korea since then. In 2015, I came to Washington, D.C. to pursue a master’s degree in Asian Studies. Although I live in the hub of politics and policy, my interests and passions diverge from what the city is typically known for. I am enthusiastic about studying the transformation of culture in historical contexts. As a result, this post does not intend to analyze politics or policies behind the inauguration; rather, this is my personal observations of the events of that day, from a foreigner’s perspective.

The result of the 2016 U.S. presidential election taught me that I have been living in my own liberal bubble, and the 2017 Inauguration was an eye-opening experience for me in that I could see, hear, and interact with many people who root for the new president. Given the political leanings of the majority of the residents of D.C. and university campuses, I rarely encountered anyone publicly advocating for Mr. or President Trump in Washington, D.C. until I attended the Inauguration. Whether in classrooms, brief conversations with strangers, watching the presidential election debates with friends, I have not met anyone explicitly saying he or she supports Mr. Trump. When some students share their observations or comments that are related to Mr. Trump in class, they often start with a sentence “I am not a Trump supporter” or end with the more poignant “not that I support Trump.” I was used to this environment, so I felt uncertain surrounded by a crowd openly supporting Mr. Trump, wearing the Make America Great Again caps or chanting his name in the middle of Washington.

Throughout the ceremony, I got the impression that many of the attendees in their exuberance felt as if they were simultaneously watching and participating in a reality TV show. When the cameras started to show Mr. Trump inside the Capitol Building, I heard some comments from the crowd: “Look at him, he does not seem happy to be President.” “He must be thinking, this is really happening.” I also heard people mentioning the American TV show The Apprentice from the background as well. These comments seem to suggest that the people who are likely to vote for Mr. Trump regard him as more of a celebrity than a President of the U.S.

I repeatedly heard the adjective “real” when people mentioned seeing Mr. Trump and his family from the people standing next to me. They constantly said, “He is real,” which I interpreted as down to earth or not a typical politician. There was a moment that Mr. Trump said “thank you” directly to the camera. The crowd mistook it as he was thanking the crowd like a celebrity and everybody laughed. In that moment, I heard people saying he is real. People realized that he was actually thanking the camera operator soon after, but this moment revealed that people like Mr. Trump because he was not a perfectly polished politician. His supporters adored that side of him. On the other hand, they called Michelle Obama and Hillary Clinton’s smile “fake.” Listening to the conversations around me, I could feel the Trump supporters’ deeply embedded emotions of distrust, anger and even hatred toward the Democrats.

Some of the attendees praised Melania Trump’s beauty and called her gorgeous and elegant. I also heard someone comparing her to Jackie Kennedy. But one comment that captured my attention pertained to Mrs. Trump’s status as an immigrant. One of the members of the audience said, “She is not from here, and that is something.” It was interesting to notice how vague that comment is regarding the issue of immigration, yet still tries to recognize the foundation of the United States as an immigrant country. I believe this comment reflects many Trump supporters’ views on immigration.

Lastly, I would like to share my own thoughts on attending the ceremony as part of a minority community. I went to the Inauguration with a friend of mine, who is a Japanese national. We went there with our own prejudices and assumptions about Trump supporters for being white supremacists who are against other minority groups. As we rarely had the chance to meet Trump supporters in our liberal circle, our own perception of Trump supporters is constructed through how they were and continue to be portrayed in the media or through the mouths of our generally liberal-minded colleagues and friends. We were also self-conscious of our own race due to some instances of abuse that one of our Asian classmates received the day after the election. Indeed, the crowd was predominantly white. We did see other people of color from the crowd, but the crowd was not as diverse as what we used to see in our daily life in Washington.

After we left the inauguration grounds, we discussed our experience attending the ceremony. We laughed at the exact thought process that we shared when we saw a press interview right next to us. Even though we were silent at that moment, we both were worried about being asked for an interview to share our story or thoughts on the new president. We felt insecure about exposing our status as non-Americans surrounded by people wearing Make America Great Again hats, given some of the overt rhetoric of the campaign.

The Inauguration also debunked our own bias of Trump supporters for being a homogeneous extremist group of people. My friend said, “I was quite surprised by the fellow attendees because they were actually nice people.” She was touched by people around her because they were very attentive of an elderly woman with a walking chair and they checked on my friend to make sure she was not getting pushed by the crowd. Although it was only a couple of hours of observation, the first-hand experience from the ground unveiled my limited understanding of the other side of America.

The continuous protests in D.C. starting with the Women’s March reminds me of the current political turmoil and social movements in South Korea. Even though the political contexts are different, there is a similarity: the public is presenting their opinions against the president’s vision and action through mass protests, and Park Geun-hye’s autocratic style of governing and communicating stoked the ire of the Korean people. While I do not think that protests in America will oust Trump from office, what the Korean example of Park Geun-hye’s ouster reminds us all of in troubled times is that leaders must always be aware that they are only in power as long as the citizenry continues to accept and believe in their legitimacy. 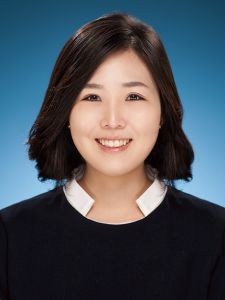 Crystal H. Rie is a second year master’s candidate in Asian Studies with a concentration in History, Society, and Culture at Georgetown University, Washington D.C. She was born and raised in South Korea and moved to the United States to pursue higher education. She is particularly enthusiastic about exploring how Korean American immigration and integration experiences and history relate to the “nationalizing” process of Korean cuisines in the United States.