The Daily Mail reported on U.S. President Barack Obama’s trip to Japan and Vietnam. The article includes commentary from Hugh Gusterson, professor of anthropology and international affairs at the George Washington University. In reference to Obama’s his visit to Hiroshima, Gusterson is quoted as saying: “He is going because it’s possible now…Twenty or 30 years (ago)…Just the symbolism of going there as an American president was more than many Americans could bear.” 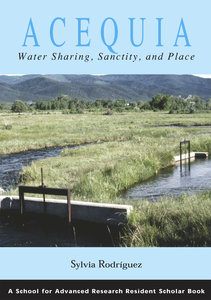 An article in The Taos News (New Mexico) described the work of the New Mexico Acequia Association which is promoting the traditional acequia system, community-based management and sharing of irrigation water rooted in the value of auxilio, helping when others are in need. The article quotes Sylvia Rodriguez, professor emerita of anthropology at the University of New Mexico and author of Acequia: Water Sharing, Sanctity, and Place. She says that the acequia model is conducive to sustainability and resilience in a semiarid climate afflicted by frequent scarcity: “We have the wrong world view here in the West, the idea of unlimited expansion, and it just doesn’t work…I think land-based people who generally live on a small scale know that there’s a limited good. The basic idea is that shortages are shared.”

CNET carried an article about how the dating app, Tinder, is gaining popularity in India. Tinder users there increasing by 400 percent in 2015. The article draws on insights from Henrike Donner, senior lecturer in anthropology at the University of London, Goldsmith’s: “…expectations about how [arranged marriage] comes about, consent and conjugality have changed” in India, with “love and affection” now forming the basis of marriage among India’s middle-class city dwellers.

The Chronicle Review carried an article about the research of cultural anthropologist Scott Atran with ISIS members. Atran has many academic affiliations including the University of Michigan, John Jay College of Criminal Justice in New York, and the University of Oxford. His current research involves interviews with captured ISIS fighters and is “unorthodox” since he does not go through the usual university research ethics reviews nor does he secure informed consent from his interviewees. His main goal is to learn what motivates people to join ISIS and, in particular, take on roles that could be fatal. He argues that Islamic faith is not the primary factor.[Blogger’s note: With apologies, I cannot access a link to the article given the publisher’s policy of subscriber-only access].

U.S. National Public Radio (Michigan) reported on a three day conference in Detroit called Edible Insects Detroit: Exploring the Culture of Insects as Food and Feed. Organized by Julie Lesnick, assistant professor of biological anthropology at Wayne State University, it was the first conference dedicated solely to edible insects held in the U.S. Experts from anthropology, entomology, food science and nutrition, as well as professionals in businesses and nonprofits spoke.  Lesick said that “[Insects have] been a part of the human diet for millions of years [and are] still a part of the diet pretty much all across the world except in the U.S., Canada [and] countries across Europe.” [With audio].

…become a journalist. Srijana Mitra Das is senior assistant editor with The Times of India. She has an M.Phil. in sociology and politics of modern societies and a Ph.D. in social anthropology from the University of Cambridge. In her work as a journalist, she combines her academic training with rapid news and social analysis.

The Daily Mail reported on archaeological research on eight “skull masks” at the site of the Templo Mayor in Mexico City. The masks date to the reign of emperor Axayacatl (CE 1468-1481).  According to the findings, published in the journal Current Anthropology, the masks may have been crafted from the bones of defeated warriors and slain members of the nobility. The researchers, led by Corey Ragsdale of the University of Montana, also used techniques to learn about the tools used in making the masks.

The Wall Street Journal carried an interview with Jiajing Wang, a Ph.D. student in archaeology at Stanford University, about her research at a beer-making site in north China. Her study, published in the Proceedings of the National Academy of Sciences, provides evidence that people were brewing beer about 5,000 years ago at the site of Mijiaya. Findings include details about the ingredients and tools used in the brewing process.

BBC News reported on research at a Natufian cave site in Israel that reveals one of the world’s oldest known funeral feasts that was held about 12,000 years ago, in honor of a woman. Attendees at the feast filled her grave with a variety objects, including tortoise shells, and then placed the remains of their meal into the grave. The feast included tortoises, fish, mountain gazelles, red foxes, pine martens, snakes, and hares. The article quotes Leore Grosman of the Hebrew University of Jerusalem, who has been analyzing the grave for over eight years:  “This is the first time burials were the order of the day at that time. Maybe it’s because we are seeing [greater] complexity in society.” Grosman and her colleague Natalie Munro of the University of Connecticut, found that the funeral preparations and feast were divided into at least six carefully-planned stages. Findings, and commentaries, are published in the journal Current Anthropology.

Michael H. Logan, professor emeritus of anthropology at the University of Tennessee, died at the age of 74 years. Logan, who taught at UT from 1976 to 2014, received several awards for teaching excellence. The UT department of anthropology’s annual award for outstanding graduate student teaching is named in his honor. He also received awards for curating and co-curating six exhibits at the McClung Museum of Natural History and Culture on Plains Indian Art and American Indian bead work. He was known for his expertise on Plains Indian culture and art, as well as research on cross-cultural ethnobotanical and ethnomedical practices. Logan authored and coauthored more than seventy scholarly articles, book chapters, and reviews, and edited the journal Reviews in Anthropology.