One of the worst disasters

CBC radio (Canada) presented commentary from Stuart Kirsch, professor of anthropology at the University of Michigan. Kirsch has spent decades working with native peoples living along the Ok Tedi River in Papua New Guinea and recording their experience of the social and environmental disaster created by an enormous open-pit copper mine situated near the river’s source. Kirsch describes what he and the Ok Tedi people learned in the process of taking on a multi-national mining giant, and what the people of PNG taught him. He asks whether “responsible mining” is possible and reveals the dubious science that supports the mining industry. His latest book is Mining Capitalism: The Relationship between Corporations and Their Critics. [with audio]

Social anthropologists at Maynooth University in Ireland are studying people’s responses to a terrorist attack during the first ten minutes. The researchers will interview security forces, first responders, and survivors of terrorist attacks to explore people’s movements and actions. Mark Maguire, head of Maynooth University’s Department of Anthropology, said the first ten minutes of such attacks are key: “The role played by natural instinct in these circumstances has been greatly overstated in the past…Evidence points to learned behaviour and cultural factors playing a far more significant role in decision-making processes when people are placed in extreme stress.” Preliminary findings indicate that people who are accustomed to being protected by the government are more likely to have a passive response to an attack whereas in people living in countries with a history of conflict and unrest are more likely to take action against the attackers.

The New York Times reported on the death of child in the Andaman Islands, India, apparently murdered because it was of mixed ethnicity. The article, which drew on no anthropological expertise, mis-represented much about the so-called Jarawa (Blogger’s note: this is not the name they use for themselves, but is an attributed and derogatory name for them used by other tribal groups which has stuck since the time of British colonialism). The degree of misinformation and inappropriate terminology in the article attracted the attention of anthropologist James Doyle, a Meso-Americanist and assistant curator at the Metropolitan Museum of Art who sent out a series of critical Tweets.  [Blogger’s note: I was fortunate to be able to spend three weeks in the Andaman Islands in 1966. At that time, thirty years ago, travel to the Jarawa “reservation” was technically not allowed for outsiders. The opening of a major road through the Andaman protected territory, with buses running through, changed everything, for the worse, for the Jarawa, as “contact” does. The New York Times would have done well to have consulted Anstice Justin, an anthropologist who was working in Port Blair, the capital of the Andaman Islands, when I was there, for the Anthropological Survey of India].

Indian Country Today carried an article marking the 100th anniversary, on March 25, 1916, of the death of Ishi, famous for being the “last wild Indian in California.” Ishi died a painful death from tuberculosis in San Francisco. For years, he had lived in a museum. He gave demonstrations for the public of making and using a bow and arrow. Berkeley anthropology professor Alfred Kroeber was his sponsor, and Kroeber collected massive amounts of information from Ishi which, clearly, advanced Kroeber’s career. Cultural anthropologist Orin Starn of Duke University says that Kroeber’s relationship with Ishi was complicated: “On the one hand, they used him as a scientific discovery…On the other hand, they deeply loved him. They were ahead of their time. They recognized Ishi as a human being, and not a savage. And they taught that Native culture in California had value. People at that time didn’t even know there were Native Americans in California…” Nobody knew what to do with Ishi, said Starn: “He couldn’t go back to his home…None of his people were left. He didn’t want to go to an Oklahoma reservation where he had little in common with other Indians.” 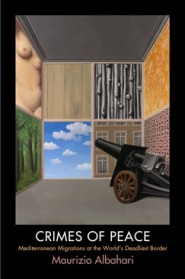 Fox news published an op-ed by Maurizio Albahari, assistant professor of anthropology at the University of Notre Dame. He argues that EU leaders have ignored the question of why the global responsibility for refugees remains so unequally distributed among Turkey, Lebanon, Jordan, and EU countries. Albahari is the author of Crimes of Peace: Mediterranean Migrations at the World’s Deadliest Border.

Utne Reader carried an article extolling the (supposed) advice from anthropology and political science professor James Scott of Yale University: break a rule every day. Apparently, it’s an urban myth, or a campus myth, that every fall Scott advised his first year students to break a rule every day. According to Scott, this story is untrue. [Blogger’s note: Nonetheless, it’s a good story]

From sex work to television?

The Indian Express reported on a program in Kolkata, India, that is training young female sex workers for possible acting careers in television. The article quotes Daminee Basu, who has a Ph.D. in cultural anthropology and lives in Kolkata:  “Historically, women from the red-light districts were frontrunners in acting in plays and films. A strict hierarchy was maintained among Indian women in ‘public life’, and most stage artistes of the early 20th century were from the red-light areas around old Kolkata’s Chitpur locality…The lowest rung was that of khanaki, who was mainly engaged in sex work. Then, there was the kaneez, who was involved in serving people and doing menial jobs. Then came the baiji, who would entertain clients by singing and dancing. After them, of course, was the jaan, the highest level. These women would also graduate to stage and films.’

On the Israeli academic boycott

…work in radio. Jane Lindholm is host of Vermont Edition at Vermont Public Radio. Previously, she was a research writer/editor for Let’s Go Travel Guides. She has a B.A. in anthropology from Harvard University.

…run for public office. LaRainne Abad Sarmiento is running for the office of mayor of San Narciso, a fourth-class municipality of Zambales, the Philippines. Vying for the position are four male aspirants, including the incumbent mayor. LaRainne has a B.A. in Philippine studies, an M.A. in anthropology, and a Ph.D. in public administration from the University of the Philippines in Diliman, Quezon City.

…become a photographer. Lady Charlotte Wellesley works at Mario Testino’s studio in London, where she is a photographer and travelling producer. The daughter of the Duke of Wellington, she is descended from Queen Victoria on her mother’s side. In May,  she will marry New York-based billionaire, Alejandro Santo Domingo. She has a B.A. degree in archaeology and anthropology from the University of Oxford.

Quartz published an article by paleoanthropologist Darren Curnoe of the University of New South Wales, Australia, in which he reviews thinking of several scholars about prehistoric connections between India and Australia. Theories have relied on archaeological and linguistic evidence, but recent genetic evidence is changing the debate. The genetic researchers argue that India was the genetic home for indigenous Australians.

Elwyn L. Simons, known as the father of modern primate paleontology for his discovery of some of humankind’s earliest antecedents, died at the age of 85 years. His death was announced by Duke University, where he was an emeritus professor of evolutionary anthropology, but he had previously taught at Yale University for many years. He authored more than 300 scholarly books and research articles. His obituary in The New York Times quotes Ian Tattserall, emeritus curator in the division of anthropology at the American Museum of Natural History: “Elwyn made an enormous and really incomparable contribution to the science of human origins, particularly at the very early end of the scale–the background out of which our hominid lineage emerged.” Simons was equally concerned with living primates, serving for many years as the director of what is now called the Duke Lemur Center. He reintroduced some of its lemurs to the wild in Madagascar. “He was thinking of a very broad picture for understanding the origins of primates by looking at the ones that are alive today…,” said Patricia Wright, distinguished professor of anthropology at Stony Brook University. Simons also helped establish Parc Ivoloina, a conservation center in eastern Madagascar for lemurs and other native species. In recognition of his work there, he was made a knight of the National Order of the Republic of Madagascar.